Places to have Sex

Places to have Sex

People are very fond of boasting about how they fucked on the balcony of the 14th floor in a scuba dinghy standing in a hammock, but we want to reveal to you the whole truth: it’s wildly uncomfortable. The illusory attempt to diversify their sex lives in fact only leads to unnecessary restrictions and injuries.

Sex in the car

No, we’re not talking about blowing a driver at a speed. We’re talking about safe sex in a parked car. So, if you have a giant Chrysler or a big black jeep, then it’s just a bit dirty and very romantic. If you have a car of a golf class or less, then it is TEMPORARILY uncomfortable. So much so that it’s easier to get out of the car and put / put the girl on the hood. Doing the same sex in Daewoo Matiz – this is really a real perversion, believe in experienced. The number of poses is limited, it is impossible to lift up your legs. Legends that the car can not do this in shoes with high heels, we disavow – to lift up his legs and pierce the heels of the roof, the girl must be a Lilliputian gymnast.

Sex on the carpet

Sex on the beach

There are only two options: either the sand that you have in all places, or the pebbles that will set you bruises everywhere. And we still do not say anything about sand fleas!

Sex in the hayloft

Russian writers have sung this strange occupation since the last century, and we can only refer to the crisis of real estate – probably, so it is possible, if there is absolutely nowhere else. Sex in a haystack requires a certain acrobatics, it is more difficult only in weightlessness. The grass is hard and prickly. Falling from a high altitude leads to bruises and fractures. And if you also have an allergy, then you are simply risking your life.

Sex in the field

In the open air, in motley grass, under the warm May sun, under the buzzing of bumblebees … a minute! Firstly, in the field it is usually not bumblebees, but gadflies and hills. One bite – and you have something swollen so that it does not seem too small. Secondly, motley grass is hard and prickly, and this is at best, in the worst there nettles and other poisonous and allergenic plants. The open area is always a chance to get acquainted with the collective farmers who will hotly assess the delights of your chosen one and give you advice. Well, there is a chance that the combine will move you.

Sex on the plane

Everyone already boasted that they fucked in the toilet of the plane? It is very crowded, but relatively clean, and that someone drank beer at the airport and now he urgently needs to – so it only excites, right? What, really exciting? And some still manage to do it right in the salon, in armchairs, somewhere in the tail, when the aircraft is not full. And there it is VERY cramped (worse than in Daewoo Matiz) and a lot of people. In short, we are against.

Sex in the toilet of the train

The train is always romantic. Chukhchukh, chuhchuh, caravan throne, the platform will remain, the smell of tar, fellow travelers … And incredibly, beyond, monstrously dirty toilet, from which everything falls directly on the sleepers. They say that there are already trains with a relatively honest toilet. As it is technically possible, provided that we are rolling, we do not understand at all, so as not to say worse. We did not get clean train toilets, and the smell of urine does not excite us very much.

Sex in the kitchen

Favorite Hollywood place. If the passion caught you right at the stove, do not go about 15 meters to the bedroom. The truth in the films is always a massive and very clean table, a cool stove and strong chairs. In reality, the table is covered with an even layer of bread crumbs, the plate is hot and dirty, and the dining tables of Ikea barely endure the weight of the plates, not to mention the passionate couple.

Sex on the cottage

There are two options. The first is a family cottage with parents. The second is a big drunken youth company with several couples. In both cases it is necessary to understand that the wooden house has excellent acoustics, what with it do not do, what kind of insulation do not pave. This is a feature of the design. So if you are an exhibitionist and have always dreamed of having sex inside a violin, you are welcome here. When someone is having sex in the country, everyone else hears the singing of every spring, every moan, every sob and snivel. For some reason, most of all, girls suffer from this, who have two options at the dacha with their parents. Either her mother hears her, and girls do not like to do it with Mom, or (potential) mother-in-law. Then everything will be like in an anecdote: “As she lies, the boy is uncomfortable.” In the youth company, boys suffer: there is always an element of competition with perfect acoustics. They start all at about the same time, and then you have to listen all the time. “Gray has already finished, the weakling. Vasya Che something non-power some, lazy. Colina’s girl is yelling unprofitable. Oh, and I already have everything, but Vovan is not yet, what shame. “

Sex on the piano

The grand piano is large, massive and lacquered, that is always cold. Keep this in mind when laying a girl on it. If you fuck on the keyboard, it will sound like an atonal improvisation, and it will muffle all other sounds, which is not bad. True, the tool can be severely broken; nothing that a good tuner would not fix, but he will know what you did on his instrument and will not approve of it. Inside the box, right on the strings is a story for extreme and masochists, besides, if any string breaks, it will cause severe injuries. Outside, on the lid – almost no different from sex on the table, only the piano is much higher, it will have to be taken into account when choosing a pose. But the main thing is that only pianists or at least those who went to music school have the right to have sex on the piano 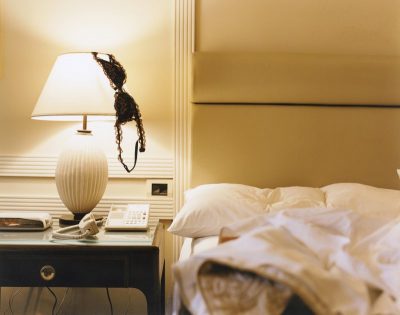