Admit it: When you think about your honeymoon, you’re thinking about sex. Good sex, great sex, lots of sex. We’re with you—and we’ve come up with 10 ways to make honeymoon sex hotter than ever. Sex on the beach? That’s the easy part. Here’s the rest.

Let’s face it, after months of meticulous planning and a day or night filled with crazy emotions, meeting, greeting, eating and dancing, sleep may be higher on your to-do list than getting it on with your groom. “It’s important not to put too much pressure on yourselves to have sex on your wedding night,” says Judy Kuriansky, Ph.D., author of The Complete Idiot’s Guide to a Happy Relationship (Alpha Books). It’s a well-kept secret: Many couples are just too exhausted to conjugate on night numero uno. So if too many champagne toasts have left your libidos lagging, don’t push it. Instead, curl up next to your hubby, and get a little shut-eye. After all, you’ll have the next morning, the entire honeymoon and the rest of your lives to break the bedsprings – and you’ll need some energy to do it!

In the real world: When you’re wiped out after a long day, you may feel you’re neglecting your sex life if you two just pass out together. But that doesn’t mean you have to completely pass on sex. Instead, get out a pen and paper, and write each other a romantic rain check. That way, while you’re curled up in the spoon position, you can dream about cashing in that IOU.

Even if you two are already plenty passionate in your sexual encounters, there are bound to be some things you’ve been dying to try—and he’s sure to have some secret fantasies of his own. “Before the big day, exchange a list of three wishes, things that you think would heighten your romantic or sexual experience,” says Ava Cadell, Ph.D., a certified clinical sexologist and author of Passion Power (Peters Publishing). You don’t have to get down and dirty. Start by listing gentle activities, like a sensual massage, having him brush your hair or taking a bubble bath together. You can work up to the kinky stuff later. These wishes will give you both some intriguing tricks to try on your trip, and will also open the doors for communication—and experimentation—down the road.

In the real world: Plan a Wish Night once a month. “It’s a great way to learn about each other,” says Kuriansky, and to tickle each other’s fancies – maybe even literally.

Don’t worry, we’re not talking about seeing dead people. “You need to emphasize the sensual dimension of your relationship,” says Lana Holstein, M.D., author of How to Have Magnificent Sex: The Seven Dimensions of a Vital Sexual Connection (Harmony). Concentrate on creating a positive element for each of the six—that’s right six—senses of the body. According to Holstein, in addition to the familiar five (sight, smell, touch, taste, sound), there is the kinesthetic, your sense of the movement of your body. To create an über-sensual honeymoon experience, pack massage oils, candles and bath salts, and stock up on delectables like strawberries, whipped cream and chocolate (to tease your taste buds). Ask the concierge to place fresh flowers in your hotel room, and don’t forget to bring the music—unless, of course, you like that Muzak on the hotel’s TV channel. The tunes will bring pleasure to your ears, and the rhythm will heighten your kinesthetic sense and put you in the mood for motion.

In the real world:Bring the sense-pleasing souvenirs home with you, and place them around the house. Keep those candles on a coffee table or place the massage oil next to the toothpaste in the medicine cabinet. They’ll provide daily reminders of your exciting escapade, and they’ll also be handy to grab in case of, um, need.

“All parts of your body are sexual,” says Cia Rocco, psychotherapist and author of Living As If Your Life Depended On It(Life Care, Inc.). But it’s hard to know exactly what spots will make your man melt—and the fact is, he probably doesn’t know, either! To overcome that obstacle, Cadell suggests this trick: Have your hubby lie down naked. Starting at the top of his head, kiss, caress and nibble every inch of his body, front and back. Be sure to include even the most seemingly unsexy parts, like his eyelids, the tips of his fingers and the backs of his heels. You never know when you’ll hit a hot spot! While you’re exploring, have him rate each inch that you touch on a scale of one to 10. As you move along, make mental notes of those zones ranked 8 to 10, and file them away for future reference. When you’ve finished with this lengthy yet delicious task—and if you’re not already too turned on to handle it—switch places and let him nibble his way around your neighborhood.

In the real world: Once you know where his hot spots hide, make a point of seeking them out randomly during sex. Only go for one or two of his most sensitive spots at a time, so that you keep him guessing—and begging for more.

5. Get off your high horse.

Admit it, you like being on top. Most women do (it’s easiest for us to control our pleasure that way). But having it your way all the time might send your sex life out to pasture. On top not your favorite? Whatever your tried-and-true sex position is, it may be time to change things. “Many people make love in the same position and in the same location all the time, which leads to predictability and boredom,” says Cadell. And who wants to be bored in bed? So let go of the reigns, and take a ride on these trails (or go off on a few of your own): Missionary (or man on top)—emotionally stimulating because you’re face to face. Scissors (or side-by-side) – great for slow, gentle sex, and good for cuddling. Rear entry—best for deep penetration. Standing—not for those with heart problems, but good for a quick ride. “Start with a fresh awareness that you are creating your own sexual repertoire,” says Rocco, “and really get comfortable with exploring all the positions.” Who knows, you could be screaming, “Ride ’em, cowboy!” from a brand new saddle in no time.

In the real world: Rate your favorite rides, compare notes with your cowboy, and revisit those trails every few months to see whether the scenery has changed.

Kiss him, pet him, touch him, grab him. Sure, he knows he’s getting the prize in the end, but the more you tease him and build up to the actual event, the more raucous the romp will be. “Sex play and intercourse are two separate things,” explains Cadell. So instead of running back to your hotel room every time you’re feeling sexy, just let him know subtly – or maybe not so subtly – how you’re feeling. “If you are sitting across from each other in beach chairs, try massaging him through his shorts with your toes,” suggests Rocco. It’s your honeymoon, after all.

In the real world: “Accidentally” touch him when he’s least expecting it—especially when you’re doing mundane things like washing the dishes or brushing your teeth. It’ll let him know that you’re available to him—and that sex is on your mind, too.

Leave the Barbies at home, but definitely do pack the vibrators, blindfolds, whatever you like. “Get yourself a whole basket of sex toys,” suggests Cadell. You may have a few new items already, thanks to your bachelorette party. “Vibrators are great if you’re making love in a position in which the penis doesn’t directly stimulate the clitoris,” says Cadell. “The most important thing is to have fun,” says Rocco. Isn’t that what you’re there for, anyway?

In the real world: The next time you send him off to pick up bread and milk, add “creative sex toy of your choice” to his shopping list. It’ll make a fun diversion for him in the supermarket – he’ll be able to find everything from a feather duster to a can of whipped cream there – and it’ll insure that he comes straight home with those groceries.

Guys love oral sex, period. Whether you’re a complete novice or know all the right moves, if you’re willing to give, he’ll be more than happy to receive—and to reciprocate. “Enthusiasm is far more important than technique,” says Kuriansky. The basic thing to remember is that his penis is simply an extension of the rest of him. “You should kiss, touch and love it the way you would every other part of his body,” says Cadell. The most drive-him-wild destination on a man is his frenulum, a spot on the underside of the penis that looks almost like a seam. Licking and sucking that spot will send him spiraling into seventh heaven. To get his pulse really racing, suck on a piece of ice or take a sip of hot tea before going down on him. The sudden temperature change will send him into utter ecstasy.

In the real world: Raid the fridge for food and drink to add flavor to the festivities. For example, try squeezing a fresh mango over his penis, or massaging him with chocolate pudding and then licking it off. Just be sure, of course, to choose something you like to eat—and something that won’t make him break out in hives.

9. Get in touch with yourself.

In the real world: Not in the mood for intercourse, but still feeling hot and bothered? Cuddle up with your cutie for some tandem touching. What a nice way to fall asleep together!

Every man wants to find it, and every woman wants to be sure she has it. Your honeymoon is a great time to go exploring. “The G-spot is usually located about one-and-a-half inches inside the vagina,” says Cadell, “about a third of the way between the vaginal opening and the cervix.” You’ll know you’ve found it when you feel a spot with a ridged texture that responds to gentle stroking. (Some women will even ejaculate.) But it really doesn’t matter if you find the Golden Fleece or not, the pleasure is in the pursuit. “It’s a great excuse to try different positions and experiment,” says Rocco. And if you don’t hook the big one right away, just think of it as the perfect ploy go fishing again later.

In the real world: Keep that pursuit of happiness alive. You may be back to the daily grind workwise, but that doesn’t mean fun time should be the same-old, same-old. Spend one night a week trying new ways to bring each other to orgasm. Lick, stroke, suck, nibble and touch your way to mutual euphoria. And don’t worry if you can never quite find that super spot. After all, it’s not whether you win or lose, it’s how you play the game.

How often have you stopped yourself from buying a little black backless dress or a halter-neck top worrying that it might expose your bra-strap? Well, it is time for you to look into the endless varie…

Women instinctively value security – a man who can provide , which translates to financial security in modern era. A man really starts earning around age 30 and it usually goes up from there. St…

1. Why are guys so passionate about boobs? “It’s just that we don’t have them, so our brain tells us to.” 2. What do guys think about girls selfie on Instagram? “Until it became a craze, we thought th… 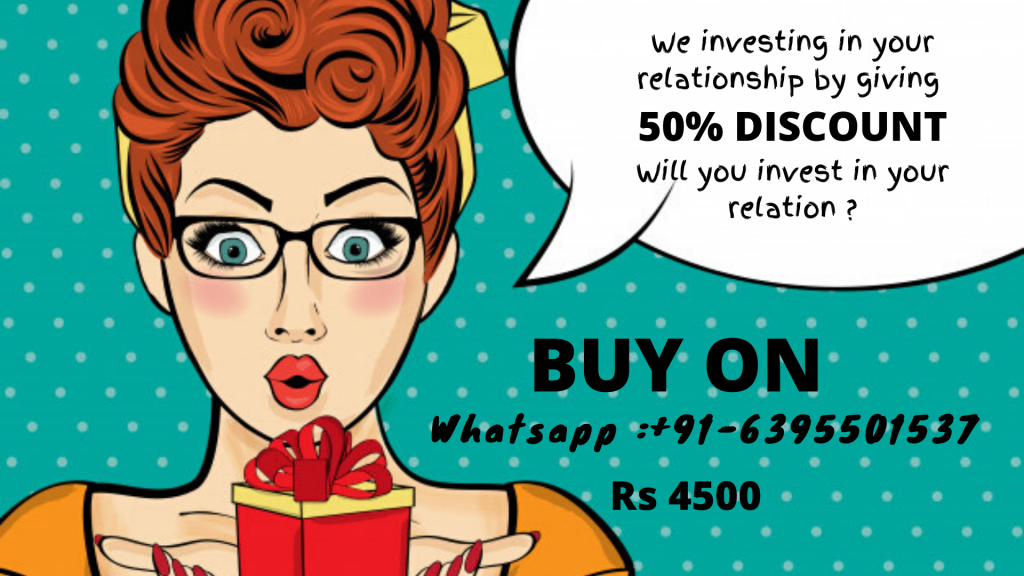